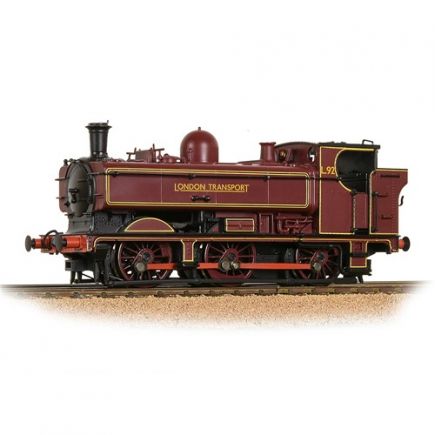 The 8750 Class, or 87XX class, was first built in 1933, using an updated design of the GWR 'standard' Pannier Tank loco, the 57XX class; the enhancements included an improved cab with a higher roof, rectangular windows and grills (as opposed to the round windows, or "spectacles", of the initial design), and sliding shutters and hinged doors for more protection from the elements. The new style cab was derived from the sister 5400 class, the first of which were built in 1931. Vacuum brakes, steam heating, and ATC were fitted.