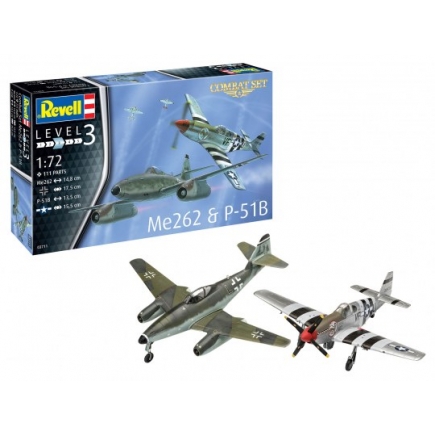 Model Set kit consisting of the American P-51 Mustang and the German jet fighter Me262. These fighters were used in major air battles that were going on during the last few days of the Second World War.