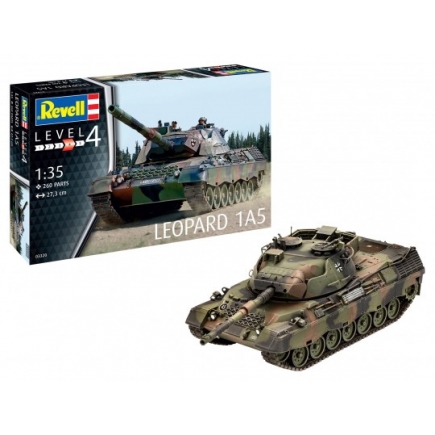 Model kit for the German Leopard 1A5. Between 1986 and 1992, the Leopard 1 was upgraded and, among other things, was fitted with an improved fire control system. The vehicles thus modified were named Leopard 1A5.