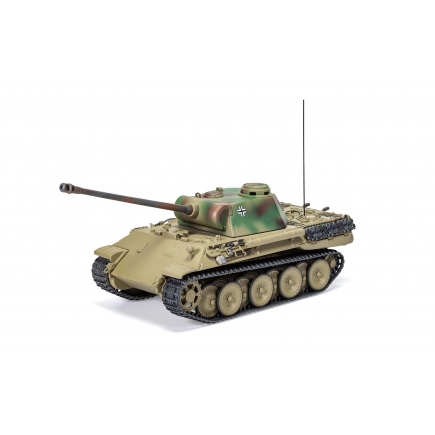 Widely regarded as the finest German tank of the Second World War, the PzKpfw V Panther was a formidable combination of speed, manoeuvrability, armour protection and firepower, making this a feared battlefield adversary.

Built in response to combat experiences on the Eastern Front and the impressive performance of the latest Soviet tanks, Russia would also see the combat introduction of the new Panther, during the battle of Kursk in the summer 1943.

Although classed by the German#s as a medium tank, the Panther weighed in at an impressive 45 tons, but proved to be significantly more mobile than its size suggests and after overcoming initial service introduction issues, the Panther began to show its d
5