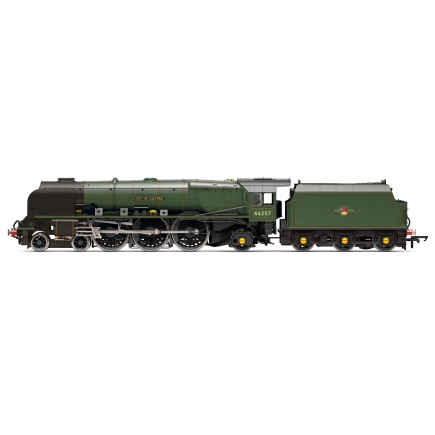 The last of the class, 46257 City of Salford entered traffic on 19 May 1948 at Camden shed straight into British Railways' service, albeit that the livery was the lined LMS black with an M prefix to the BR number.

Black gave way to BR Green on 10 December 1952 and by this time the Pony truck had been changed for a welded type, but the addition of AWS on 6 August 1959 cluttered the appearance beneath the cab on the left hand side. Withdrawn from service on 12 September 1964 from Carlisle shed, 46257 City of Salford was moved to Preston for storage until disposal.