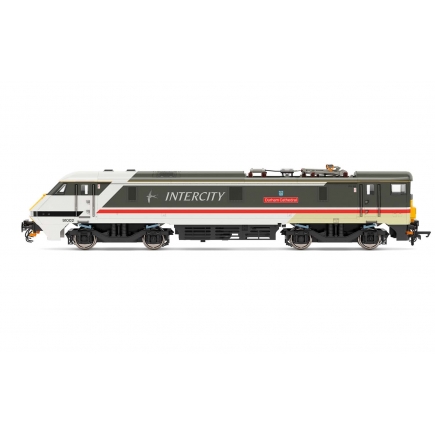 91002 entered traffic in April 1988 and went straight into testing on the East Coast Main Line, hauling test trains comprised of Mk.2 and Mk.3 stock, before being delivered into Bounds Green for operational use from the middle of June that year.