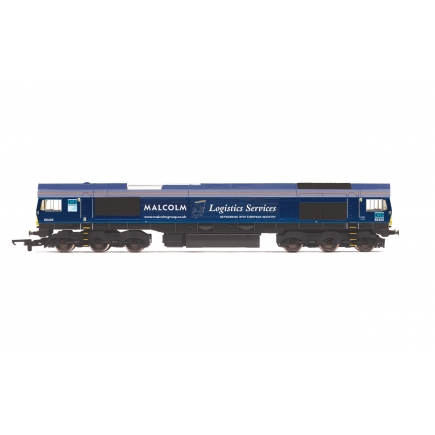 66405 entered service with Direct Rail Services in October 2003, retaining the DRS 'Compass' livery until December that year when it was repainted into DRS Malcolm Logistics Services' dark blue scheme. 66405 ran in this livery until 15 April 2011, when it was repainted into the revised Europorte design of GBRf's original yellow/blue livery, having been one of five Class 66s sold to GBRf by DRS. 66405 had been renumbered to 66737 on 4 February 2011, prior to relivery and was subsequently named Lesia on 7 May 2011.
5