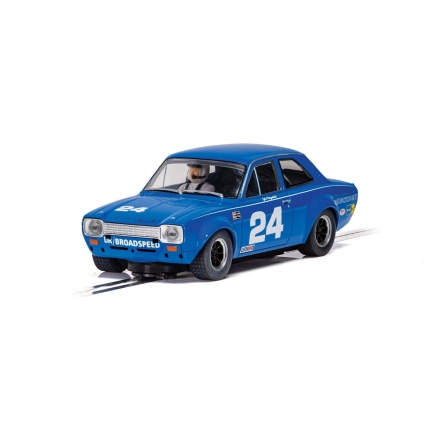 The Ford Escort MK1 is an icon of touring car racing all over the world. The car has seen success across Europe and as far away from its homeland as Australia. As well as its obvious wins in the BTCC though the car also saw use in the United States. 1972 saw a car entered for John Fitzpatrick, a well known and successful British racer, and American John Buffum. The car was hugely outperformed around the oval circuit by the prototypes also entered, but in its class the little Escort performed well, before being eliminated by a problem with the differential.
5